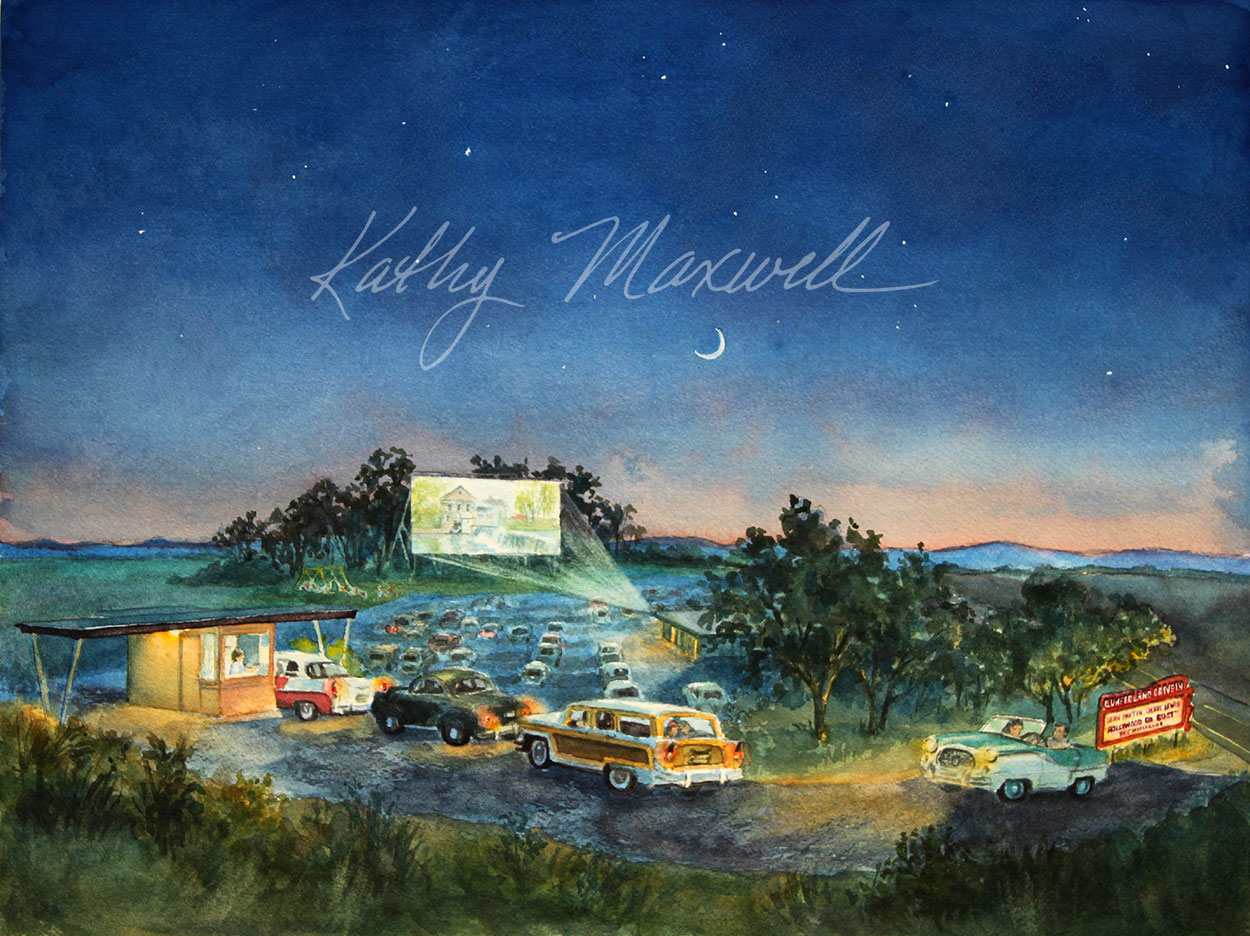 In an era of home theaters, multiplexes and internet streaming, there’s nothing quite like watching a movie on the big screen under a summer night sky. As time marches on however, increasingly fewer people are able to experience this good old-fashioned fun. At one time there were over 4000 drive-in theaters across the United States, but as of March 2014 they numbered only 348. Many have been lost to encroaching development. Others failed to meet the challenge and expense of digital conversion as movies on film became obsolete.

It’s a labor of love for Jay Mowery, co-owner of the Cumberland Drive-In Theatre. Jay’s father, Donn, built the drive-in after a fire destroyed a movie theater he owned in downtown Newville, PA. Situated amidst rural farmland at the intersection of routes 11 and 233 outside of Newville, the 45 x 96 foot screen has been drawing movie-goers since 1952. The theater has a capacity of 400 cars and features a snack bar and playground.

This mid-1950’s depiction of the Cumberland Drive-In also includes another area landmark. The familiar image of Newville’s Laughlin Mill appears on the movie screen. During the filming of the 1956 movie “Hollywood or Bust”, stars Dean Martin and Jerry Lewis are seen driving their red convertible past the mill on a road trip from New York to California.