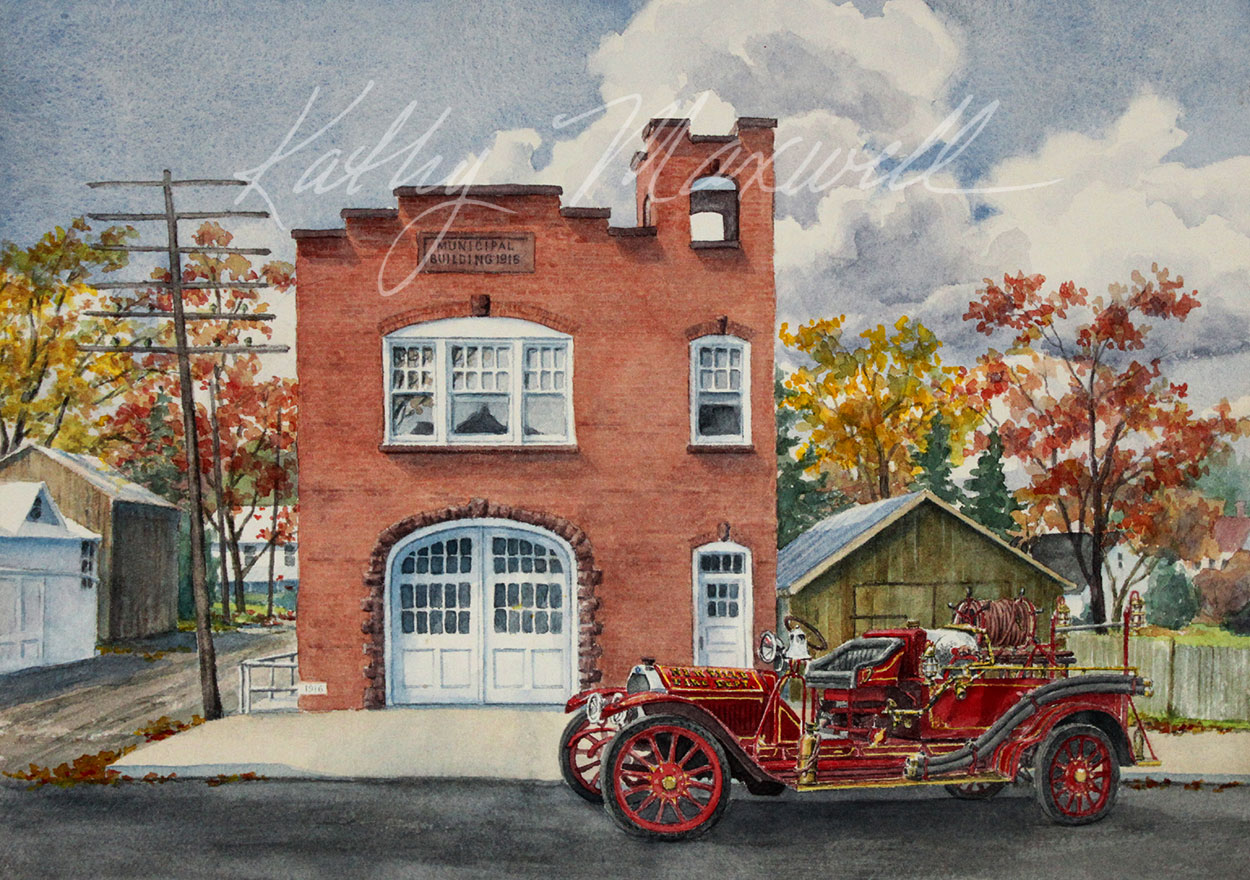 The two-story brick Municipal Building at the corner of West Street and Glebe Avenue in Newville, Pennsylvania was completed just in time for the delivery of the 1916 American LaFrance Rotary Pumper to Friendship Hose Company No. 1. The first floor was used for storage for the fire company’s apparatus and housed the borough lock-up. On the second floor were two meeting rooms, separated by a folding partition. This building was the home of the fire company for more than 60 years and was also used by the Civic Club and Borough Council for their meetings as well as for public events. For a time the police station was also located here.

The building, with additions, is now used as the borough office, and the LaFrance pumper is on display at the new home of Friendship Hose Company #1 in the old borough school building on East Big Spring Avenue.