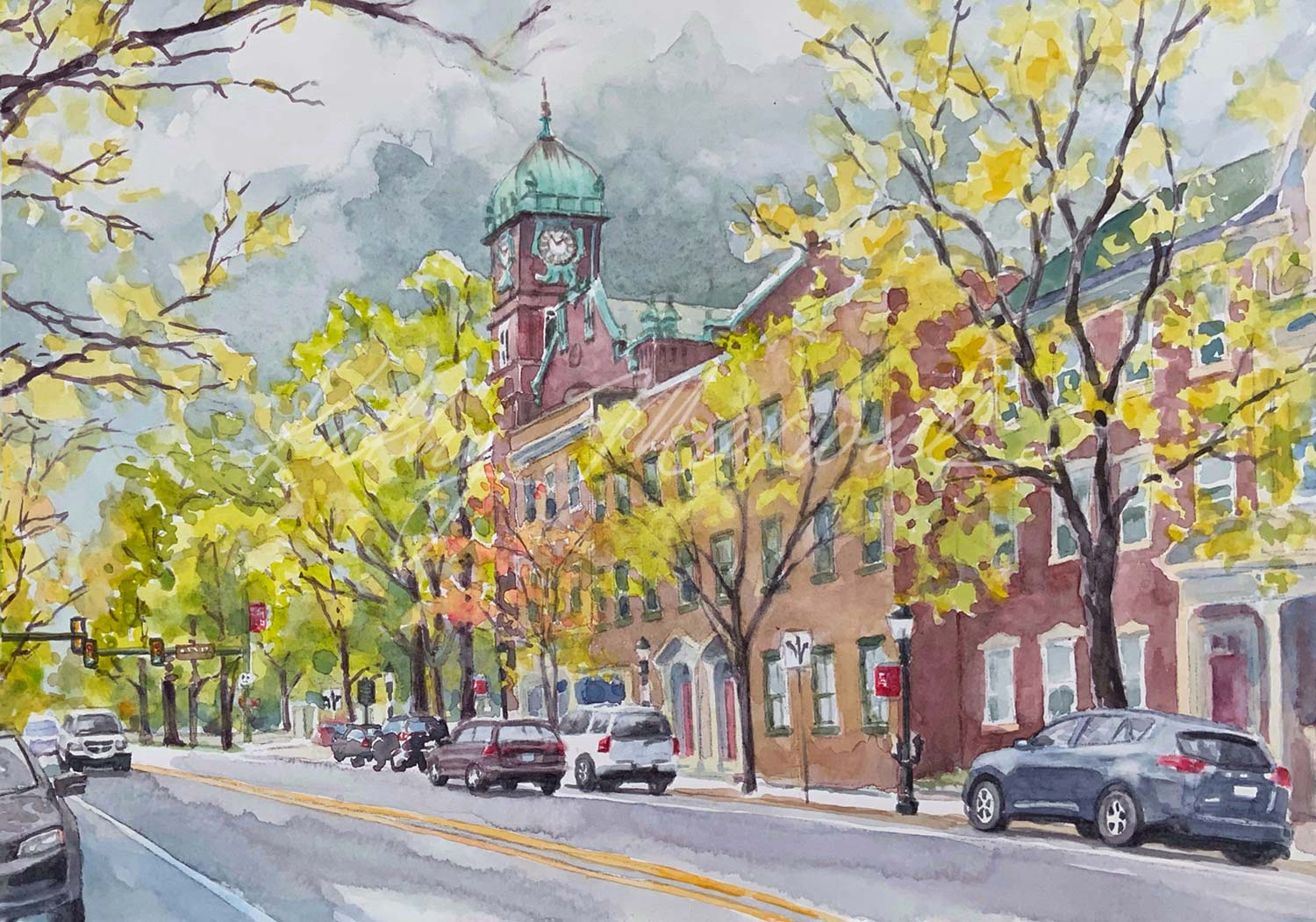 I’ve long had my eye on the great clock tower of Denny Hall in Carlisle, with its aged green copper dome. I knew I wanted to paint it but wasn’t sure of the angle I would choose, until one day in April walking down High Street in Carlisle. There’s nothing like the fresh spring green color of tree buds emerging in front of dark clouds that can often roll in from the west in April. Along with the verdigris of that dome, I had the exciting colors and the scene I had been waiting for.

The property on which Denny Memorial Hall was built was donated by the Denny family of Carlisle and Pittsburgh, Pennsylvania. First built in 1897, it suffered a major fire just eight years after completion. By 1905 it had been rebuilt bigger and better, and now houses Dickinson College’s history and social science departments.

A fun side note: the clock faces on all four sides of the tower are lit up at night and are of similar in size and color to the full moon. On very rare occasions you may catch a glimpse of the moon right beside the tower, for a pretty unforgettable sight!