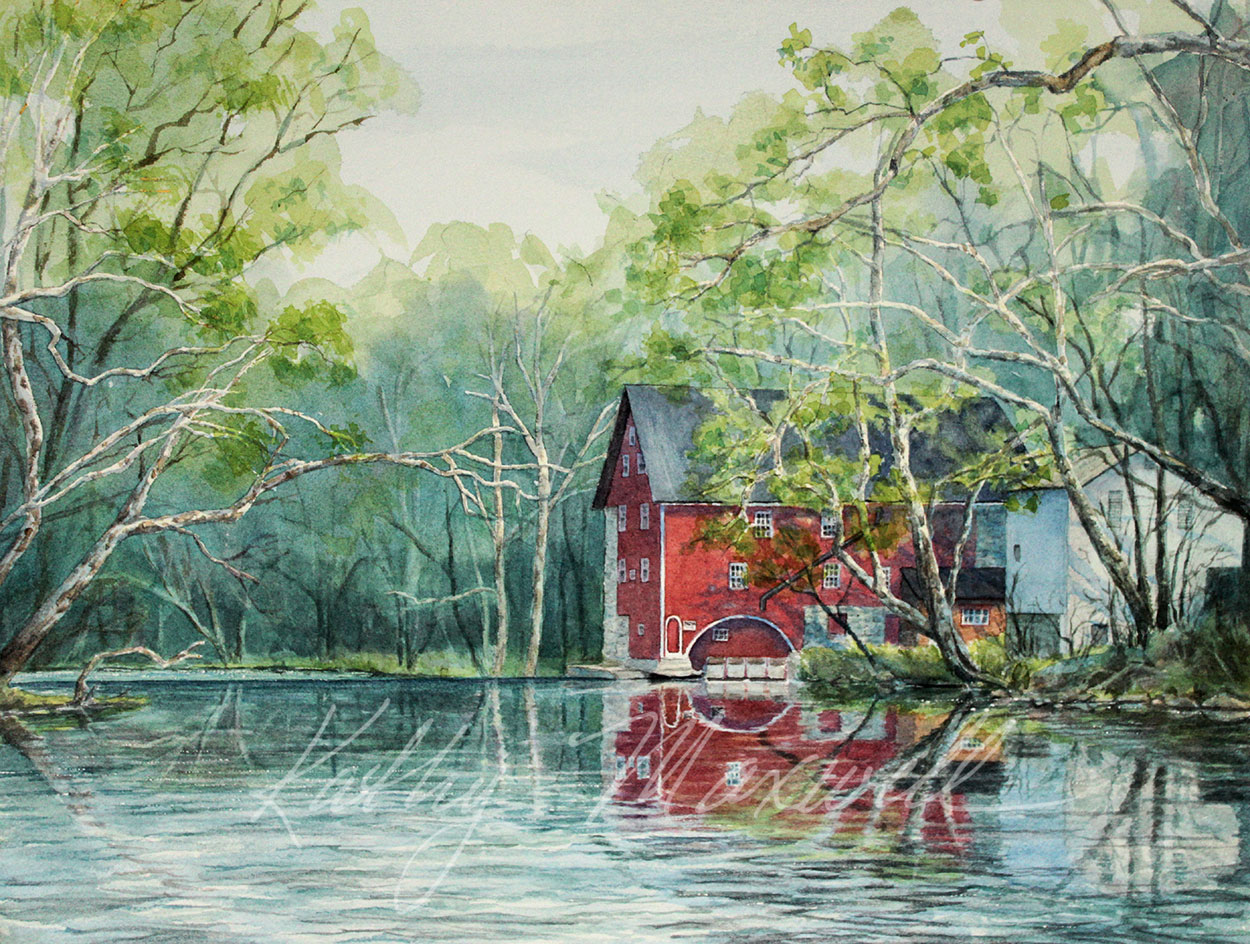 Built in the early 1800’s by Francis Diller, the mill which we now know as Heishman’s Mill is located north of West Hill on Creek Road in West Pennsboro township, Cumberland County, Pennsylvania. By 1858 it is shown on a county map as Diller & Greider, G. S. & Plaster Mill. During its lifetime the mill has been known as Diller’s, Greider’s or Crider’s, Keiter’s and was lastly named for Benjamin Heishman who purchased it in 1920. When the Greiders owned the mill it was a favorite haunt of Wilhelm Schimmel, the itinerant German wood carver of the Cumberland Valley.

Since 1969 Heishman’s Mill has been owned by William Foshag, a retired engineer from Washington D. C., who has devoted his efforts to researching, restoring, and preserving the mill. According to Mr. Foshag this is the last complete grist mill between the Susquehanna and Potomac Rivers in the Cumberland and Great Valleys. What this means is that all of its machinery, hydraulic structure, dams and mill pond are intact. As a project to reintroduce shad to the Conodoguinet Creek is being implemented, other dams are being torn down or altered by the addition of fish ladders. Mr. Foshag has lobbied and won approval to construct a fish channel around the dam. Thanks to his fundraising success, this historic mill and dam will remain intact as a reminder of its past role in the history of the Cumberland Valley.