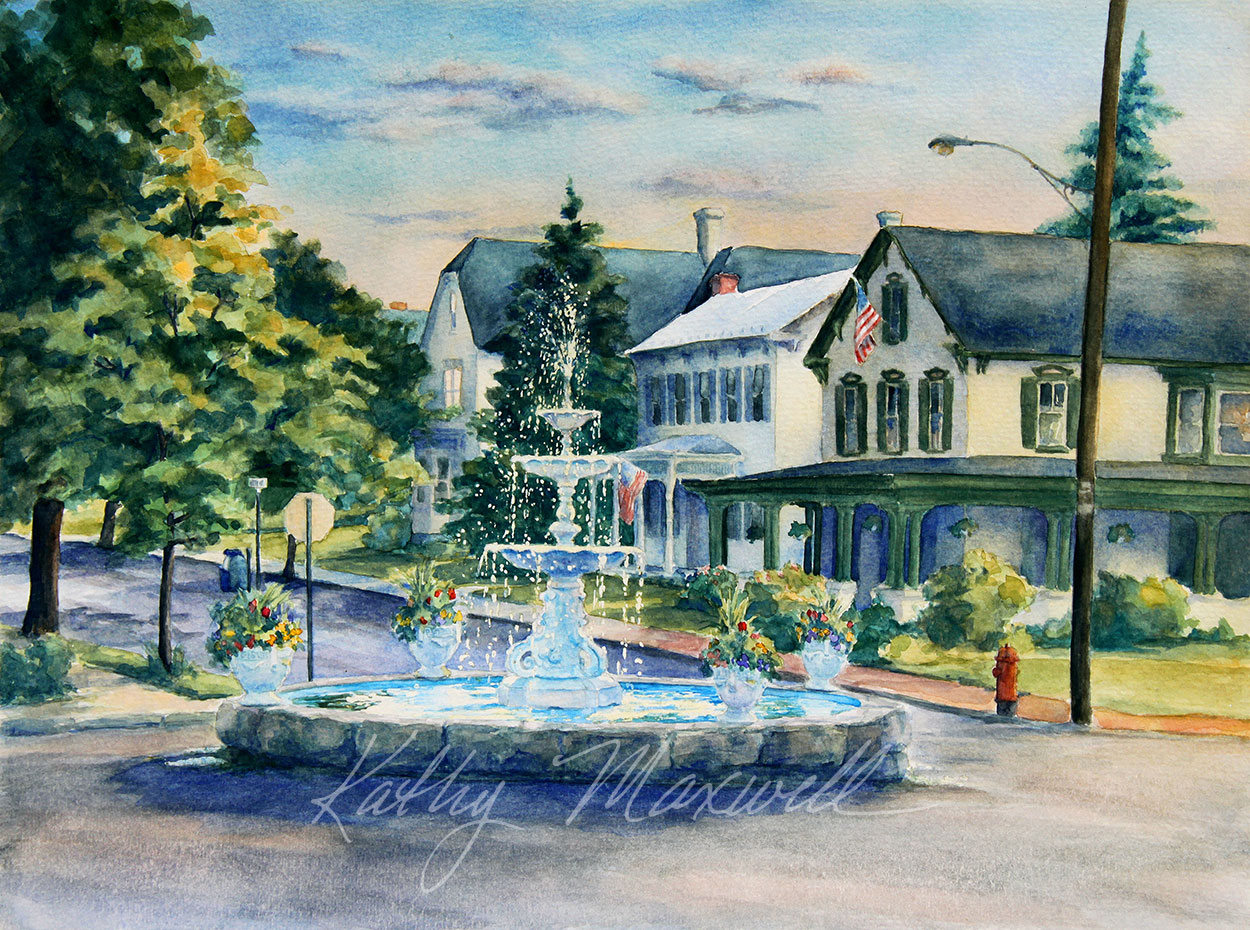 After the town water system was installed in 1896 some public spirited citizens raised funds for a fountain, and in the same year Henry Schreffler, his son, John, and Mahlon Williams dressed and laid the stones for the base and pool of the fountain. The stones were hauled to the site by Brady Killian, who used a wagon pulled by a team of six horses for the job. On June 1, 1897 the fountain was turned over to the town.

When the fountain was quite new, grass was planted inside the circle to the edge of the catch basin and there were cast iron Grecian urns planted with flowers sitting on the stone circle. In later years the whole circle was used as the catch basin and several generations of children enjoyed the goldfish which spent their summers there. In time the cast iron urns were replaced by more durable concrete ones, and the goldfish were removed. Nevertheless the fountain continues to delight citizens and visitors alike.

In 1996 it was decided to have a 100th birthday party to celebrate the fountain, which grew into an annual event. The Newville Fountain Festival was born.