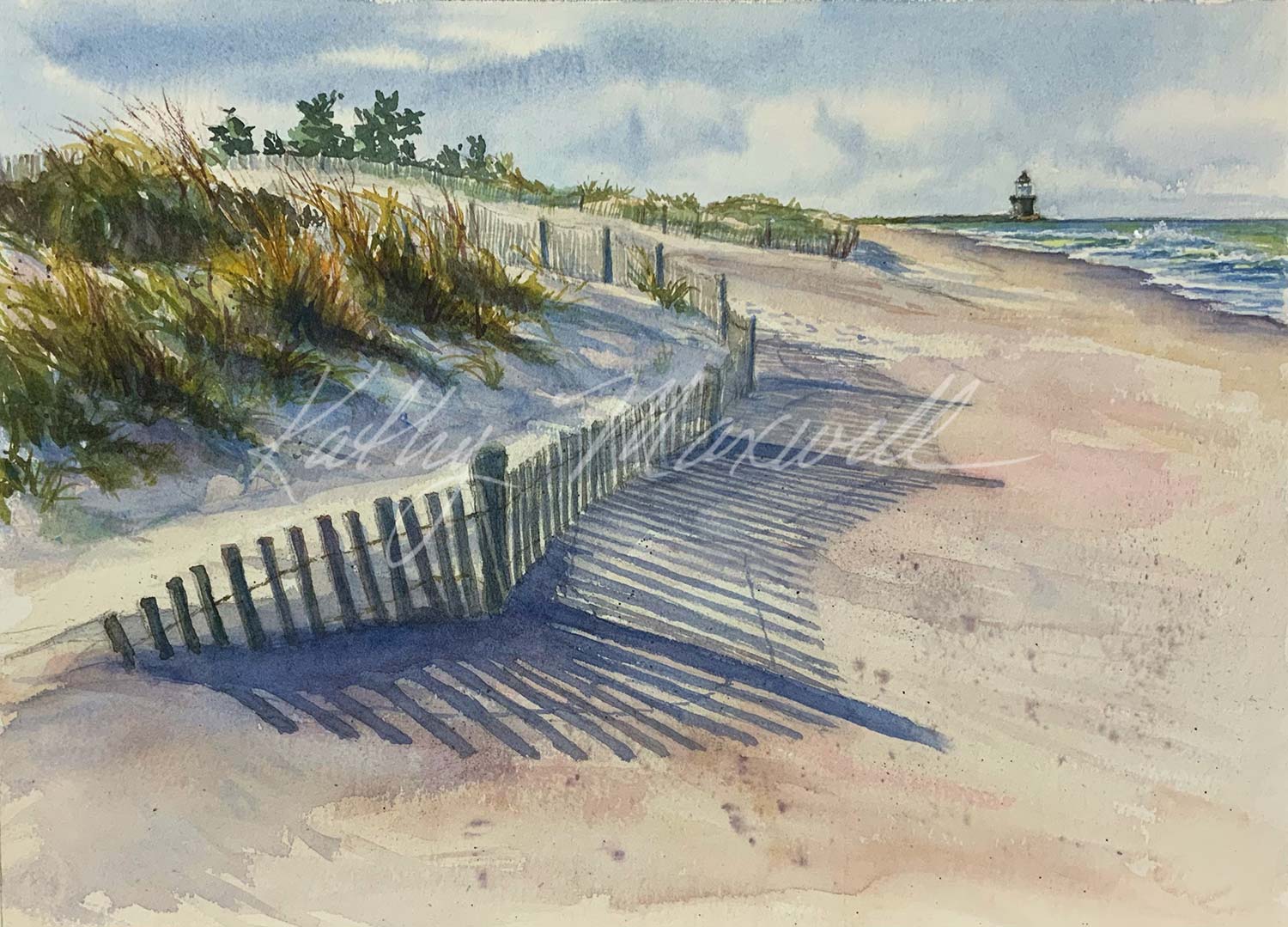 A simple happy scene at a favorite beach, with late day sun casting long shadows in the sand. Cape Henlopen is a narrow finger of land that juts out into turbulent waters, where the Atlantic Ocean to the east meets the Delaware Bay to the west. The Harbor of Refuge Light is one of two lighthouses built on breakwaters that were constructed to form a safe harbor for ships in stormy weather.

When the lands that make up the state of Delaware were granted to William Penn in the late 1600s, he set aside Cape Henlopen for public usage, making Cape Henlopen one of the future nation’s first “public lands”. It has remained in the public domain ever since, with no private property cottages, condos or highrises, boardwalks or amusement parks. Just sand and sea! The crowds, the arcades, the trinket shops and glitzy nightlife are all nearby enough for those who seek them, but it’s also very good to have some protected natural places left to enjoy. Delaware is a little gem of a state that has placed a greater percentage of its land into protected parkland status than any other state.