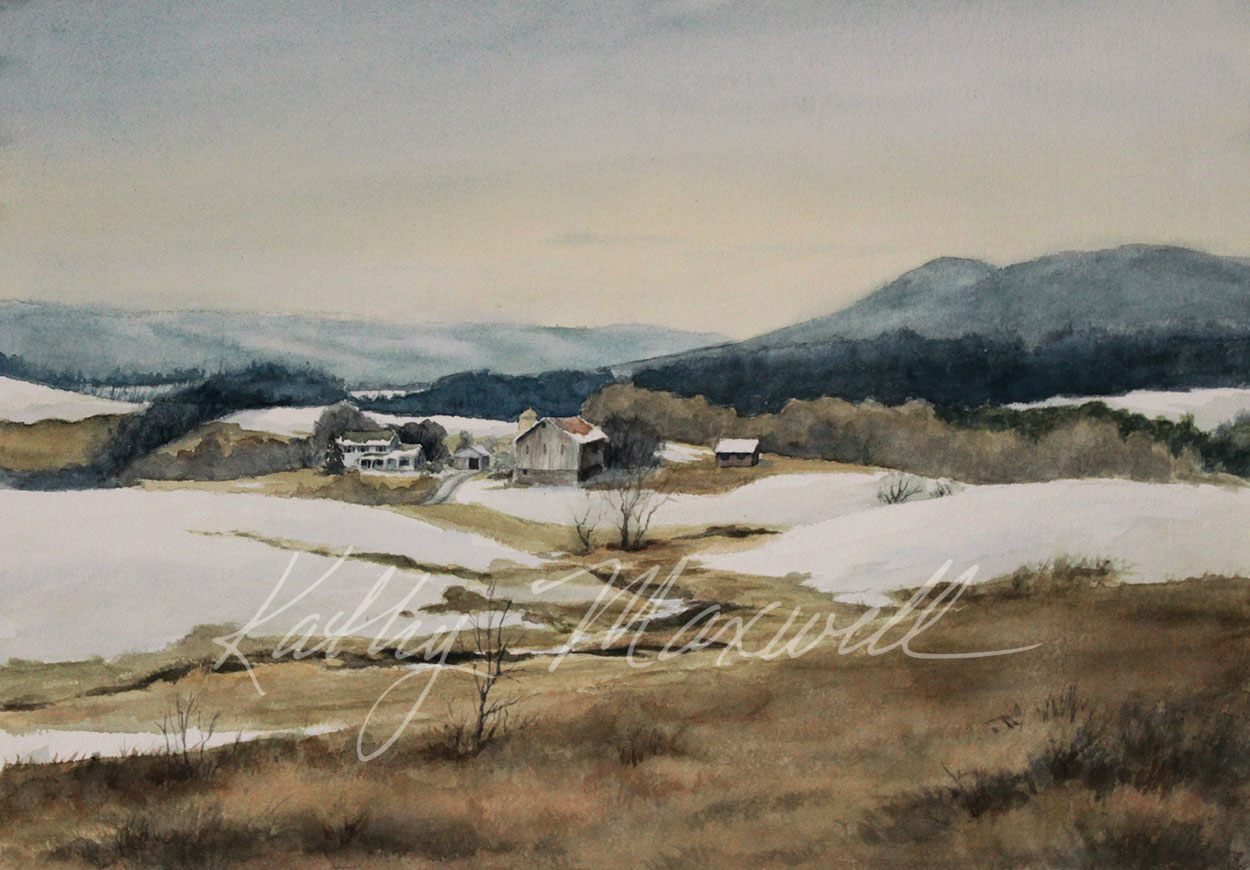 North of Newville, Pennsylvania, along Center Road lies the Rhoades Farm. From this vantage point the North Mountain resembles an elephant slumbering in the landscape. The gap between the mountains, known as Doubling Gap, was given this name by the early settlers because its route through the mountains doubles back on itself. It was near Doubling Gap that “Lewis the Robber”, who terrorized central Pennsylvania in the early 1800’s, lived in a mountain cave. Later in the 1800’s and into the beginning of the 1900’s the White Sulfur Springs Hotel at Doubling Gap attracted tourists who came to partake of its healing waters.